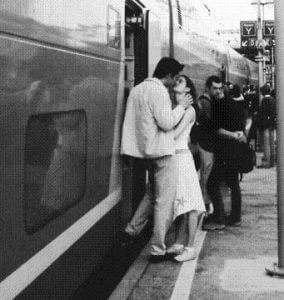 There’s nothing good about goodbyes. So the European Union learned several months ago in Brussels when Great Britain said its adieus. Goodbye to unity, hello to nationalism.

Another farewell happened there on a warm summer night in August of 1969. It was a parting of a different kind.

I was one of thousands of college students heading home after summer jobs in western Europe. Brussels was the embarkation point of choice.

It was a season of disillusionment. At concerts from Frankfort to Woodstock, Jimi Hendrix and Janis Joplin testified for peace and love, but could find neither in their own lives. They would both be dead from heroin within a year.

The sexual revolution had redefined morality, but was losing its luster. The wreckage of free love and situation ethics was taking its toll. By the end of the decade my generation would learn not to trust at all. But, that was down the road.

On this balmy Belgian afternoon, all things still seemed possible. We met standing in line at the youth hostel. She knew little English and I less German. By the time we were told “No Vacancies” we didn’t mind.

A GI at the U.S. Embassy had offered me the floor of his apartment in a pinch. With the help of her worn translation book I shared the invitation. She accepted.

The new morality never occurred to us. We slept side by side in our clothes on the GI’s rug.

At dawn we headed out. She had a ticket for an evening train eastbound for Germany, I for a plane the next day headed west to Texas.

With $3 dollars between us we bought sausage and bread then dined on a bench in Parc de Bruxelles, under towering trees heavy with emerald green ivy. Linguistic challenges mattered little. Our eyes spoke instead.

Later we wound along narrow streets stopping to browse at shops and art stores seulement a la recherche — only looking. Along the way a sadness grew. Each step brought us closer to Brussels Central train station and our inevitable goodbye.

The terminal was underground, its roof supported by a web of metal arches. Announcements of arrivals and departures reverberated through the crowd. She took my hand.

In an instant the loudspeaker called out her destination. I kissed her for the first and last time on the steps of the train as it pulled away. I saw her crying as she shrank ever smaller, finally disappearing into the night.

No empires were lost. No crises averted. Only a farewell to innocence.

I never saw her again. I doubt she even remembers. But, then again, there’s a chance. She didn’t say goodbye, only auf Wiedersehen.